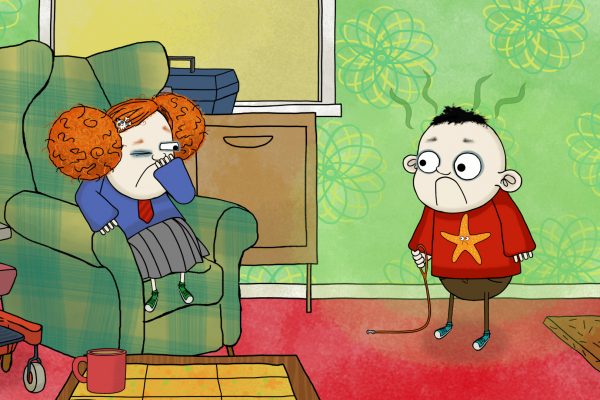 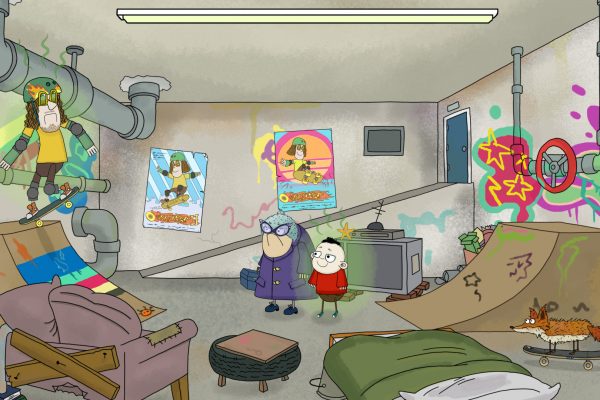 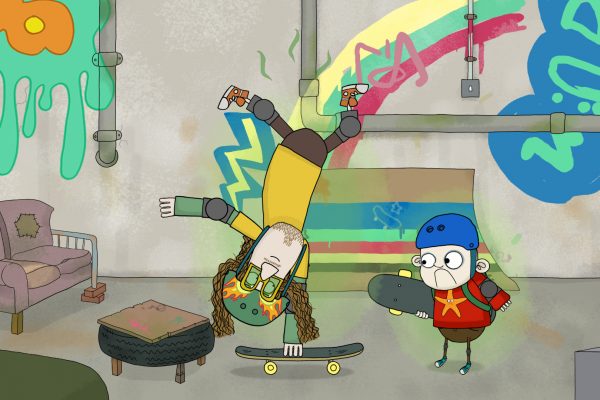 Fonic is very proud to announce that we have been nominated for Best Use of Sound at the British Animation Awards (BAAs) for our work on The Rubbish World of Dave Spud.

The specific episode put forward for the nomination was Burning Wheels. The episode opens with the water in the Spuds’ flat off and has been for a long time. A smelly Dave, who has not had a bath in weeks, is sent down to the basement to find out the reason why there is no water. Once down there, Dave stumbles across a fellow ‘stinker’, who invites him to join his skating gang.

From the perspective of sound this episode combines all the typical sound elements of Dave Spud, including witty dialogue, exciting music, and captivating sound effects that all add to the action packed filled episode. Some particular aspects of the sound to note in Burning Wheels are the skateboarding foley, which was recorded at Fonic to give an authentic and bespoke sound across the episode and the stylised film trailer which was brought to life with engaging sound effects that transcend the boring world of reality to the extraordinary world that the Spud family permanently exist in.

Dave Spud has also been been nominated for a Children’s Choice award as well as the Writers Award. In addition, Hey Duggee, another show Fonic works on, has as been nominated for the Best Children’s Pre-School. And in the Best Social Good award, You Being You, directed and created by Kong Studio, features sound by Fonic. Full list of nominations can be found here.

The BAAs are the only awards to recognise all forms of animation and reward the work of both new and established animators across all aspects of the UK Animation scene, from student work to commercials, children’s entertainment, short and experiential films, music videos and new technologies. The award ceremony will take place at London’s BFI Southbank on 10th March. 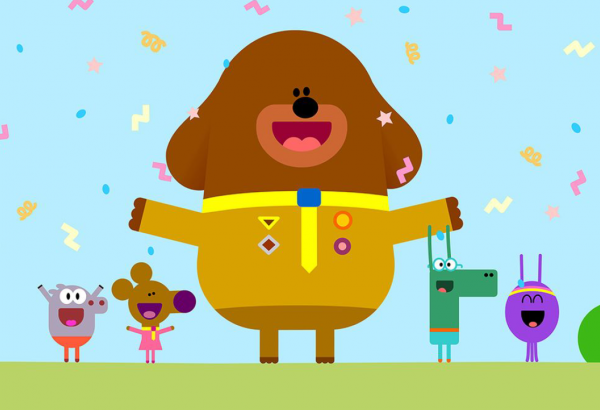